Conflicting rights (conflicten tussen grondrechten). How far can someone go in propagating their political opinions (by exercising their right to freedom of expression) before it leads to someone being discriminated against (protection of the right to equality)? How far can someone go in exercising their right to freedom of religion before they impede someone else’s right to equality, for example? These difficult problems have no clear answers, but rest on weighing competing values against each other. This happens in the political process of course, but also before the courts. The more homogenous a society the less these questions come to the fore, however the more heterogeneous a society, the more these issues dominate the agenda. In the current political climate in the Netherlands these issues are more important than ever in securing an acceptable balance between all parties concerned to preserve societal harmony.

The electoral system (kiesstelsel). Since 1917 the Netherlands has known proportional

representation (evenredige vertegenwoordiging) for elections to the Second Chamber of Parliament, the Provincial States and Local Councils. Proportional representation seems to part of the country’s constitutional fabric, yet changing it might solve a number of political problems. Introducing a constituency system (meerderheidsstelsel), such as in France, the United Kingdom and the United States will improve the link between voters and their representatives. A candidate will then only be elected if he/she receives the majority of the votes in a particular constituency.

People will no longer be able to vote for a “lijsttrekker” unless they live in the relevant constituency. This change will keep political populism at bay, because elections will no longer focus on the number of votes for a particular leader, but will get more of a local flavour. It will also be more nearly impossible for a political leader to keep his party’s candidates from view during the election, as Geert Wilders did with many of his candidates. Candidates will have to take part in local debates before the election if they want to be chosen, this will allow for close scrutiny and will help to avoid people getting elected by lying about their pasts or hiding their pasts.

Constituency voting will also help to increase a better geographical spread of candidates, some provinces, such as Noord-Brabant, are severely underrepresented in parliament.

Constituency voting will also break the hold of party elites on politics by stimulating local debate and participation, whereas powerful elites now have the last say over lists.

Constituency voting will bring politics to the people and allow people a direct link with “politiek Den Haag”.

The importance of top-down integration of immigrants. Integration cannot be forced on people but only encouraged. For example, the importance of citizenship ceremonies for new Dutch citizens, similar to the pledge of allegiance in the United States of America, should not be overestimated. The less one focuses on ethnic background and the more on equality before the law, the more people might feel part of society. Focusing too much on language and background might only serve to deepen societal divisions. So, the importance/need/problem of top-down integration is overestimated. 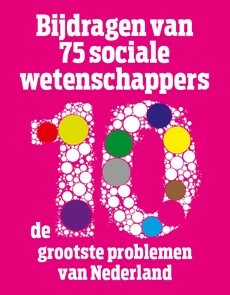