Act normally or leave: that is the motto of the VVD these elections. But what actually eats away at the ‘insanely groovy’ Netherlands is not named by Rutte.

Would there be a flip-over anywhere in the campaign bureau of the VVD (People’s Party for Freedom and Democracy), such a gigantic notebook on stilts, the white canvas of office-life, on which loose ideas can be jotted down during meetings? The open letter that Mark Rutte has written some weeks ago ‘to all Dutchmen’, in which he urges to act ‘normally’ or else leave this country, makes you think so. In this case that flip-over is probably divided in two parts: one for ‘normal’ and one for ‘abnormal’.

We can distill from the letter what has ended up under the heading of ‘abnormal’: to behave badly in traffic, for instance. Asocial conduct on the road is the first thing Rutte mentions. (‘Good one, Melanie! Someone else?’). ‘Calling ordinary Dutchmen racists’ has also made it to the list (‘I agree with you completely, Halbe, that Black Peter-debate is not normal anymore’), just like ‘treitervloggen’ (vlogging just to annoy people), the jeering of women in short dresses and dumping garbage on the street. Everyone who is guilty of behaviour like this should ask himself whether he would like to stay in the Netherlands, says Rutte. ‘Act normally or leave’ is his message for – let’s say – parents with huge boxes fitted to their cycles, who take preference in traffic when they are not allowed to, for the video-journalists of GeenStijl, who hunt politicians with their pink microphones, and for building workers who whistle to passing women on a spring day.

But of course that’s not what this is about. The explanation given here of Rutte’s letter is intentionally naive. What the prime-minister really wants to say we all know since his appearance in the Dutch tv-show ‘Zomergasten’ in August last year. ‘Pleur op’ (‘Make yourselves scarce’) were his words when he watched a video-fragment in which Turkish-Dutch protesters harassed a journalist. And so citizens are divided into two categories: whoever treats Dutch norms with contempt, earns moral indignation and if necessary a conviction as a criminal. Whoever treats Dutch norms with contempt and was born abroad (or who has parents that were born abroad), earns moral indignation, if necessary a conviction as a criminal, and the message that he does not belong here.

With hindsight Rutte’s remark during ‘Zomergasten’ appears to have been testing the waters for the ‘pleur op’-model. Meanwhile the VVD seems to derive its political identity from it. ‘There is only one question: what kind of a country do we want to be’, writes Rutte. The answer is an amorphous kind of ‘normal’ of which the VVD – the mightiest party in the Netherlands – has been giving examples. Who does not fit better packs his suitcases. As far as politics is a fight as well as a compromise, this is pure anti-politics. When every dissident simply disappears, conflicts about diverging opinions do not matter anymore.

There is a lot to say about the opinion that whoever does not act ‘normally’ does not belong here. That it is hopelessly naive, for instance, to strive for a community in which everybody has the same concept of what is ‘normal’. Or that ‘pleur op’ is a completely hollow phrase, as long as the VVD does not point to any way in which this ‘normal’ can be safeguarded, other than by writing a letter with an accompanying picture of Rutte. In that sense the VVD is tied to her liberal principles. She is not going to expel people actively. They have to decide themselves to go away.

Rutte’s letter is, in short, mainly rhetorical shadowplay. It is an attempt to goad a part of Wilders’ electorate towards the VVD, by showing that this party fears for the disappearing of what makes the Netherlands unique. But instead of Wilders, who pumps up the volume, Rutte makes use of a dogwhistle. That term derives from the American political landscape and is used to describe rhetorics with a concealed message. The good listener does not have be told what has been said. In American politics ‘inner city’ is a code word for the black community, for instance. French politicians who talk about ‘la criminalité’ refer in most cases specifically to the behaviour of youth in the ‘banlieues’. With code language citizen groups can be denounced without having to do that openly.

From Rutte’s dogwhistle comes the poignant tone of nativism, the political ideology which treats people differently who have been born somewhere else. In this case the dogwhistle works as follows: Rutte talks about all the Dutchmen who have to behave ‘normally’ or else have to buy a one-way-ticket abroad. The good listener understands that he is referring primarily to Dutchmen who have been born elsewhere, or whose parents or grandparents have been born elsewhere. ‘People who do not want to adapt’ seems a universal category, but it is not so difficult to add ‘naar je eigen land’ (‘to your own country’) to the words ‘pleur op’. This way Rutte incites a twofold division in the Netherlands, although he cannot be really taken to account for it, since he does not denote these two groups literally.

Will Rutte ask Wilders to ‘pleur op’ because he does not like democracy and the rule of law?

The choice of the word ‘normal’ as a key concept of the VVD-campaign is also politics of the concealed message. Everybody can jot down his own list on the flip-over in the VVD bureau and take stock of his fellow-citizens along the same lines. Is there a difference? Rutte gives the answer: the other has to leave, even if he has a Dutch passport. This way every voter can feel himself at home with the VVD for a little while, until it appears that there exists no policy to enforce ‘normality’, and until it is clear that everybody will stay put, abnormal behavior or not.

Since ‘normal’ is intended to serve as an attempt to unite the country behind a shared self-image, the implementation of this concept is rather superficial. Rutte shares some examples, like shaking each others hand, showing respect for teachers and helping each other in troublesome times. These are important norms, but an accompanying political ideal is lacking. Again the VVD stumbles across its own liberalism, because someone who takes liberalism seriously, also in a social sense, has to suspend judgement about how someone should behave himself, as long as the law is not violated and as long as others do not experience damage.

At the same time Rutte’s letter is a missed opportunity. The issue to which he reduces the elections (‘what kind of a country we want it to be’) is certainly important, although not in the way the prime minister is referring to. His letter reveals a struggle which is currently taking place in the Netherlands. This is a struggle between two opinions: on the one hand the progressive ideal that in the Netherlands you can be whoever you want, and on the other hand the view that being normal is crazy enough. Faced with these two rivaling depictions of the Dutch identity the VVD opts for conservatism.

That is the big change. Not so long ago the Netherlands were known as socially the most progressive country in the world. That reputation was primarily formed in the nineties, when the secularization was completed and individual freedom seemed priority number one. It was the time that the VVD prior to Rutte put its stamp on the country, as part of the so-called purple cabinets. The time in which you could study slowly, to eventually become people’s manager at Unilever. ‘Gaaf’ (‘groovy’) was a fashionable term back then.
‘Radical liberalism’ was how the Dutch-British author Ian Buruma described those days in a recent article for The Spectator. According to Buruma the present conservative shift is closely linked to that tradition. The voters regard the VVD and the PVV (Freedom Party) as keepers of a relaxed, liberal culture, which in their eyes is under pressure now that migrants, and muslims especially, have become part of our society. The paradox, concludes Buruma, is that by trying to protect tolerance and equality, this tradition is being violated.

In the case of Rutte we can speak of a good diagnosis with the wrong priorities. The next elections will be for a great part about the question what kind of country we want to be, but the list of issues at stake is much longer than what Rutte has put in his letter. That the Netherlands are an ‘insanely groovy’ country in which individuals feel free, is mainly because there exist robust institutions that protect this freedom: an independent judiciary and a legitimately chosen parliament, as well as a constitution that prescribes that all who live in the Netherlands have to be treated equally, and various international human rights treaties to which the Netherlands have subscribed.

But there are also citizens who ‘fundamentally reject our country’, to use the words of Rutte. Geert Wilders, his biggest political rival, only believes in an independent judiciary and a legitimate parliament as long as they agree with him. If not, then he talks about a ‘fake parliament’ and ‘fake courts’. He was convicted for inciting discrimination, because his ‘less Morrocans’-statement ran counter to the International Treaty on the elimination of all forms of racial discrimination. If the VVD is serious that whoever rejects the fundaments of Dutch society has to leave, we can expect Rutte to ask Wilders during the election debates to ‘pleur op’, because he does not like democracy and the rule of law. The exact phrasing could be the same as in Rutte’s letter: ‘Act normally or leave.’

Of course that will not happen. Rutte’s letter was an attempt to adhere to the principles of Wilders, and not to go against them. ‘We will have to actively defend our values’, wrote Rutte. The campaign will last another week, still time enough to take this mission seriously. 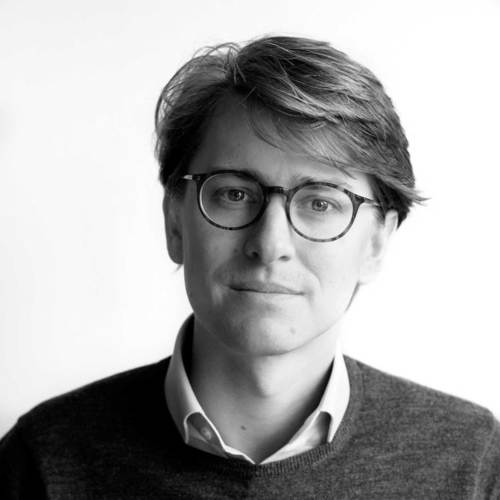