Serbian politicians often boast of their success in prosecuting corruption and organised crime. CIJS decided to check if their statements are true.

Early in the morning of 24 September 2013, police officers interrupted Borislav Novakovic’s physical therapy and took him to a police station. A whole month and a half earlier the media had reported that Novakovic, the Democratic Party caucus leader in Vojvodina’s parliament and former director of the Novi Sad Construction Bureau, would be arrested as ‘a robber baron’ over mismanagement of construction land.

Another seven individuals were arrested on the same day, including Novi Sad businessmen Petar Matijevic, the owner of meat-processing company Matijevic, and Vojislav Gajic, the general manager of Aleksandar Gradnja Construction Company, respectively. This information soon became the news of the day, so much so that even Ivica Dacic, the then interior minister, bragged about it at one of his press conferences.

Eight individuals in total were suspected of inflicting damage on Novi Sad and the Republic of Serbia. Novakovic and his female associates from the City Construction Office were suspected of alleged abuse of public office and failure to prevent misappropriation of land, while the others were charged with abuse of authority in economy and tax evasion.

But the case has never found its way to a courtroom. A little more than two years later, the investigation against all suspected individuals was dropped as the Higher Public Prosecutor’s Office in Novi Sad abandoned further prosecution. In its reply to the Center for Investigative Journalism of Serbia (CIJS), the Prosecutor’s Office stated that there were no reasonable grounds for their prosecution as the suspicions were not substantiated.

The cijs investigation shows that the fight against corruption, although highlighted as a priority by every government in the past ten years, boils down in practice to media announcements and arrests on camera. These are followed through with a flurry of criminal charges, but indictments are then in short supply, and guilty verdicts are few and far between. Even when a verdict is handed down, suspended sentences seem to be the order of the day. Petty corruption is prosecuted more often.

Over a six-month period, CIJS journalists collected data from judicial institutions in Serbia about the prosecution of ten corruption-related criminal offences from 2013 through to the end of 2015. A total of 6,179 individuals were reported to the police for these crimes. According to the data from prosecutors’ offices which provided information, almost 3,000 individuals were charged.

Information collected from lower and higher courts showed that 1,861 sentences were handed down, though one should bear in mind that some individuals received two sentences, e.g. a suspended sentence and a fine, so that the total number of convicted persons was about 1,500. Of the total tally, the majority were suspended sentences – 1,268.

The lion’s share of cases was dealt with by lower courts and prosecutors’ offices, which are authorised to prosecute crimes for which more lenient penalties are stipulated – fines or up to ten years’ imprisonment. The Organised Crime Prosecutor’s Office and a special division of the Higher Court in Belgrade (the Special Court) dealt with the bigger cases. Over three years, this prosecutor’s office charged 232 persons for corruption-related crimes, and the Special Court issued 200 guilty verdicts over the same period. Borislav Novakovic told cijs he had first been interviewed by the police about three months prior to his arrest, and added that he did not expect to be arrested.

‘They did not even know how to pronounce properly either my name and surname or my public office title. They came to my door, showed their official IDs and asked me if I were Branislav Novkovic, a director of the public enterprise Urbanizam’, said Novakovic. ‘When they arrest you, you’re on the central news show and national breaking news. When the prosecutor’s office drops its investigation (…) and says “this man is innocent”, then it’s published in small print in a newspaper’s crime section which only my family and my friends would read.’

Police raids and arrests over alleged corruption have been front and centre on the cover pages of Serbian media in the past three years. The last one in a series was the Scanner 2 operation which took place at the height of the election campaign in April 2016, in which 49 persons were detained.

Experience so far suggests that only a few will end up being convicted of corruption. According to the Interior Ministry data, from 1 January 2013 to 31 December 2015, 254 persons were arrested in Serbia and 6,179 persons were charged with corruptive criminal offences, as analysed by CIJS.

The new Criminal Procedure Act, in effect since 2013, lowered the threshold of suspicion required for launching a criminal investigation. cijs’s interviewees described a number of criminal charges that were brought as a potential vehicle for political score-settling as well as a means for the citizens to ‘collect debts’ through the police and prosecutors’ offices.

The deputy prosecutor with the Third Basic Prosecutor’s Office, Nenad Stefanovic, said it was now possible to initiate investigations based on a low threshold of suspicion ‘just because someone doesn’t like you or wants to frame you’.

President of the Serbian Judiciary Trade Union, Sladanka Miloševic, was of the opinion that there were both genuine criminal charges and those used for political score-settling. ‘They bring charges, prosecutor’s office pokes you a bit, no evidence there, but regardless, the whole judicial machinery is set in motion, it ends up in court, but in court this can’t hold water or no guilty verdict is likely, and then we, all the citizens, pay for this shadow play involving judiciary, politics and police.’

The cijs investigation shows that the fight against corruption in Serbia for the most part comes down to only three criminal offences: embezzlement (982 criminal charges), abuse of public office (2,361) and abuse of position by a responsible person (2,098), which was introduced through amendments to the Criminal Code in 2012.

Depending on the gravity of a given criminal offence, i.e. prescribed sentence or damage inflicted, the whole proceedings are conducted by either the lower or higher public prosecutor’s office. As in the case of the criminal charges mentioned above, the prosecutors’ offices most often bring indictments for abuse of office and embezzlement. However, the difference in the number of people who were reported for corruption and the number of those actually charged with corruption is significant.

‘We, all the citizens, pay for this shadow play involving judiciary, politics and police’

Two criminal offences of abuse of office are problematic, according to some legal experts, because they are formulated in such broad terms that, in practice, it is possible to prosecute people for a variety of things, but without significant results. In its latest progress report on Serbia, even the European Commission stated that the abuse of public office was used excessively, ‘including in those cases where objectively there is no criminal conduct’.

A judge of the Court of Appeals in Belgrade, Miodrag Majic, explained that serious errors are often made in the interpretation of these offences, so it is possible to prosecute ‘everyone and no one’. Hence, he went on, it would be better to either remove or replace these offences with others that would be far more specific.

‘I always say the abuse of that abuse is taking place’, said Majic. ‘How many such cases are meaningless in legal terms from the very start… but there is a certain political pressure seeping through the media and then you plunge yourself in a stream with no end and no beginning, where everyone more or less clearly sees that this will lead to nowhere.’

The Justice Ministry, which has drafted new amendments to the Criminal Code, is also aware of this problem.

Radomir Ilic, state secretary to the Ministry of Justice, explained that these changes would introduce new types of criminal offences, but also modify the abuse of position by a responsible person, which would be used only if no other offence was applicable.

Otherwise, said Ilic, the court will not allow the indictment to take effect, but if that happens, it will not be able to stand the test of the appellate procedure.

Helped Themselves from Solidarity Fund to Give Over to Football Club

In the autumn of 2008, a sum of about 700,000 dinars was transferred into the account of a small football club in Kosjeric, Crnokosa, from the account of this municipality’s Solidarity Housing Fund. This payment was approved by the then mayor Željko Prodanovic.

This was why, in 2014, he was handed down a suspended sentence of two years. Over the course of those two years, Prodanovic was first working as a deputy mayor and then, following his resignation from this office, as a deputy in the municipal assembly.

Prodanovic told cijs he just wanted to help the local football club until it received a previously promised payment, after which the money would be repaid to the municipality.

‘Meanwhile, Kosjeric was placed under emergency management and I left the municipality so this wasn’t finalised, and then someone took advantage of it to attack me. (…) I didn’t do anything that hadn’t been done before to fund the football club. This was a procedural mistake there, but it had nothing to do with corruption whatsoever’, explained Prodanovic.

Prodanovic’s suspended sentence is a part of the aggregate statistical data provided by the lower courts which responded to the cijs request, where 80 per cent of all the sentences were suspended ones.

Higher courts have fewer convictions, but they hand down prison sentences equally often, in about 80 per cent of all cases, since they process more serious criminal offences, resulting also in higher fines.

Out of a total number of sentences handed down by courts in the past three years (1,861), 538 persons received house imprisonment and proper prison sentences, while 55 were fined. Suspended sentences were given to 1,268 persons.

As regards the verdicts themselves, taking into account all analysed corruptive criminal offences in the past three years, there were 871 acquittals as well as 463 nonsuits (where the court did not accept the plaintiff’s charges). Overall, there were 1,118 guilty verdicts, some of which pertained to several individuals with different sentences.

Marko, a son of Miroslav Miškovic, was recently acquitted of charges for a corruptive offence. His arrest and that of his father were captured on camera by the Interior Ministry in December 2012, and the charges were brought five months later for the criminal offence of abuse of position by a responsible person and tax evasion over alleged infliction of damage to privatised road construction companies. In March 2016, Marko Miškovic was sentenced on tax evasion charges to 3.5 years’ imprisonment and fined 8 million dinars. He was acquitted of the charge of abuse of position by a responsible person. The proceedings against Miroslav Miškovic are still under way.

The President of the Judges’ Association of Serbia, Dragana Boljevic, said that the outcome in court depends on how well the police and the prosecutor prepare their case.

‘It is not a duty of a court of law to convict someone at all costs. If there is a reasonable doubt, the court must find a way to acquit the defendant because the court is not there to mete out convictions but to administer justice’, said Boljevic and added that judges needed additional training in the field of economy as some offences therein were difficult to prove.

The rest of the articles in this series can be found on: europeanpressprize.com 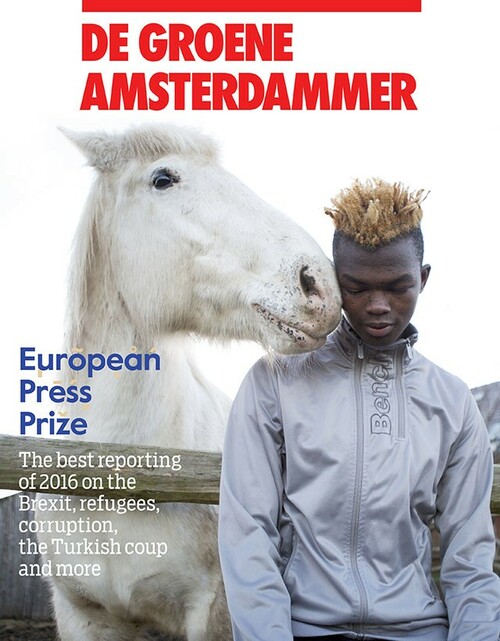