What if the PVV of Geert Wilders becomes the biggest party in the Dutch elections? Then we should not underestimate the days áfter the event. Ignoring the PVV could lead to a revolt.

When the American president Donald Trump scolded the judge who suspended his decision to halt incoming migration as ‘ridiculous’ and ‘terrible’, for sure I will not have been the only one who thought: a politician who disqualifies the judiciary, where have we seen that before? I’m referring to Geert Wilders of course, the leader of the PVV (Freedom Party), who disqualified the court which convicted him of inciting discrimination after shouting ‘less, less, less’.

How to deal with the acts of president Trump is a big question. Should we give him a chance and suspend our judgement, or should we go against him heavily? Should we depict him with a bush knife in one hand and the bleeding head of the American Statue of Liberty in the other, or does that go too far? This might be part of a quest into an unknown way of doing politics, but it makes the subject of this all laugh in his fist.

The newspapers feature many researchers who talk about the rocky and distressing times in which we live. Some commentaries stick, like the one of historian Hermann von der Dunk, who discerned in NRC Handelsblad a similarity between the nineteen-thirties in Germany and the present age: in both cases certain politicians were underestimated. Time and again people say that it won’t be as bad as is seems, according to Von der Dunk. He admits: I will not compare a Dutch politician with the German chancellor of the thirties. But this underestimation scares me. Since how long do we see Wilders going further and further, time and again?

Professor Beatrice de Graaf added another element that should disquiet us. She compared the present age with the eighteen-nineties. Back then there was also moral panic, and there were also countries retreating behind their borders. Back then it had also been a long time since the last war occurred, which contributed to the fact that people let themselves quite easily be led into the First World War, according to De Graaf.

In the Volkskrant security-expert Lawrence Freedman declared, in a way that makes you think twice: ‘If you look at history, you see how fragile human institutions are, and how things that looked secure can be suddenly thrown overboard.’

We see how Wilders is going further and further, time and again

In less than two weeks the Netherlands will be voting. After that a new government will be formed. This is a fragile moment in the Dutch democratic system. 2012 was the first time that the formation of a new government was handled without the involvement of the head of state (the king). The lower chamber of the Dutch parliament arranged for everything on its own account. Mark Rutte, the leader of the VVD (People’s Party for Freedom and Democracy), warned afterwards ‘for too much enthusiasm’ about this new state of affairs. According to him the fast formation was due to the election result, which gave the VVD and the PVDA (the social-democrats) a majority in the lower chamber, ánd to the way in which the two frontmen of these parties had expressed their trust in each other.

In parliament Rutte was taken to task for this declaration. But he was not the only one who realized that a new election result could easily lead to a less succesful formation. According to three researchers of Radboud University, who evaluated the formation, ‘a lot of interviewees asked themselves if the procedure was foolproof in less favorable political circumstances’.

Especially the first eight days after the elections, until the new lower chamber is installed and the result can be openly debated, are fragile. There are no formal rules for this period. According to the three researchers this is not necessary either, since it opens up the possibility to part with the custom to hand the initiative in the formation to the biggest party. In this way several parties or a neutral person could assume the role of scout, to put forward a proposition for the formation during the first parliamentary debate. Flexible, indeed, but also dependent upon a benign, democratic posture of everyone involved.

Politicians do not like to talk about it, but what if the PVV becomes the biggest party? Because the custom is that the biggest party assumes a leading role during the formation. When the head of state was still involved, this was already the case, and Rutte made use of the informal rule in 2012. This time Wilders will probably need more than one phonecall to find enough seats in parliament to be able to govern. But is it inevitable that he gets the chance to take the initiative?

Since Wilders does not only think the courts are fake but also parliament, the other parties should not underestimate what his reaction would be if they neglected him, with the argument that they had excluded the PVV anyway beforehand. In the past Wilders has already warned for a revolt, the responsibility for which he put in the shoes of the others.
This does not make one feel optimistic. Nevertheless the other politicians should consider, not out of fear for Wilders, but to honor a democratic custom, to grant him a leading role if he would win the elections. When the new lower chamber of parliament is installed, eight days after the elections, a public debate could make clear that Wilders has not earned the trust of a majority of the parliamentarians, and of the voters, and that he is unable form a government. We must hope that this is also not an underestimation of what is lying in wait for us.

Since 2004 Aukje van Roessel is a political editor of De Groene Amsterdammer. She received the Anne Vondelingprijs 2015 for her weekly column in The Hague. 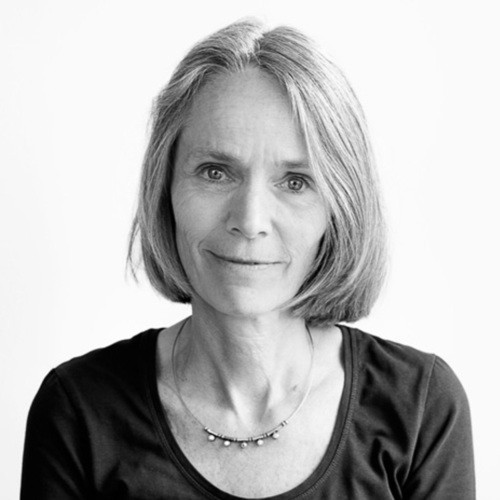